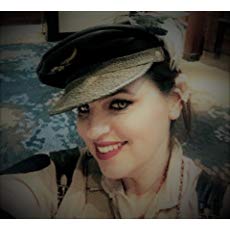 Dragon Con 2018, FantaSci and LibertyCon 2019 for sure. Maybe some others along the way if I can talk my husband into it.

Rob’s Note: If you want to vote for the Dragon Awards, go here: http://application.dragoncon.org/dc_fan_awards_signup.php

If you have any suggestions or comments about the interview format, let me know. I’m always looking for ways to improve it.

Thanks for reading. If you’re interested in any of the other interviews I’ve done, you can find them all here: https://robhowell.org/blog/?cat=326.